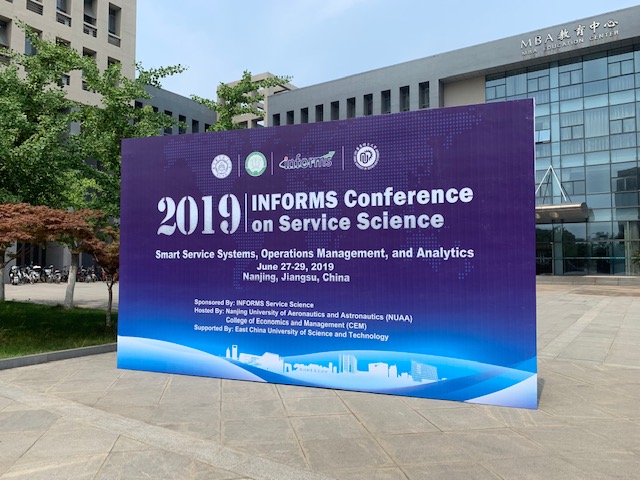 I’ve spoken about people analytics to audiences in 40 states and 7 countries, but never in Asia. That changed recently when I traveled to Shanghai to share the value of people analytics and evidence-based decision making.

Though I was a presenter, I was also a student—of an unfamiliar culture. Naturally, I processed everything I learned through the lens of people analytics. (I just can’t help that!) Some of my most valuable takeaways continue to guide how I work with clients and colleagues. Here are four lessons that I traveled 7,000 miles to learn:

Consider some restraint: A Brit by birth and an American by choice, I know a thing or two about sealing introductions with a hearty handshake. But that burst of enthusiasm feels out of place in China. Introductions there involve an unhurried, respectful exchange of business cards, which are presented with two hands, the text facing the recipient, and accompanied by a respectful bow.

When accepting a business card, I learned to examine it for a minute and then meet the eye of the owner and repeat her name, title and affiliation. She then did the same. This process initially seemed theatrical but soon felt authentic. By acknowledging each other professionally, my new acquaintance and I were laying the groundwork for deeper conversations later.

The takeaway: Explore how a slower, more restrained pace alters the depth of your connections.

Trust, but verify: I was eager to explore Shanghai, which has excellent public transit and station signs in English. When I emerged from the crowded cars to the streets, though, I often needed directions. The locals were eager to help and enthusiastically directed me with smiles, gestures and nods. However, I discovered that passion doesn’t always equal knowledge. In many cases, their directions were flat-out wrong.

The takeaway: Double-validate. Just as I conduct multiple analyses of HR policies at a company before recommending a course of action, I learned to double-check directions.

Speaking the same language: I don’t speak Chinese. Many of the conference attendees spoke no English. We were fortunate to be able to bridge the gap with a simultaneous translation service. But some words aren’t easily translated. “Algorithm,” for example, is typically defined as a complex, predictive formula. In China, though, almost any math function is called an algorithm. To make my message clear, I had to be more specific.

The takeaway: Don’t assume a word or term means the same thing—or anything—to everyone, even if you speak the same language. Check in, ask questions and clarify if needed.

Thank you very much: Skilled speakers often command their audience’s attention with an anecdote, a joke or a question. In China, every presenter begins with thanks—to the organizers of the event, the chairs of various committees and even the audience. After enduring a few of these extended thank-you sessions, I felt my frustration mounting. Enough already, I thought. Let’s get down to business.

Once I realized that getting down to business includes expressing gratitude, I began to appreciate the wisdom of this formula. When it was my turn to take the stage, I truly did appreciate each person in the audience for making time to listen to me, the organizers for inviting me and the other presenters for sharing knowledge with me.

The takeaway: When you radiate gratitude, you connect with a greater good and your experiences become richer and more meaningful.

No comments to show.

Manage Cookie Consent
To provide the best experiences, we use technologies like cookies to store and/or access device information. Consenting to these technologies will allow us to process data such as browsing behavior or unique IDs on this site. Not consenting or withdrawing consent, may adversely affect certain features and functions.
Manage options Manage services Manage vendors Read more about these purposes
View preferences
{title} {title} {title}